The Skagit CAPR Chapter sponsored water forums in Concrete in June and July.  Both were well attended by area residents, who have been most affected by the Department of Ecology’s ridiculous and punishing In-stream Flow Rule.  Attendance at the June 11th event had Concrete’s American Legion Hall filled to capacity.  Even more people showed up on July 21st.

During the July 21st event, people sat patiently in the crowded hall and listened to Gary Clancey speak about individual freedoms guaranteed by the Constitution and the history of the water controversy in Skagit County and its connection to larger agendas, Mike Newman describe Ecology’s erratic and schizophrenic application of water law throughout the state and that agency’s penchant for making up its own science, Richard Fox legal counsel Pete Ojala explain the Fox v. Skagit lawsuit, now in the appeals process and Cindy Alia, CAPR’s legislative representative, report on the recent session in Olympia and the fate of the numerous water bills introduced this year.  At the Q&A session afterwards, the audience remained engaged as numerous pointed questions were directed towards the speakers and the two County Commissioners who attended.

One very positive outcome of the forums, especially the one on the 21st, is that people opened their wallets, donating enough to fully fund the Fox v. Skagit lawsuit through the current appeals process.

Shannon Kuest from the Skagit Valley Herald was also in the audience.  She filed the following report, which, on the whole, appears to be a fair and balanced account.

In addition, two individuals from KSVR, a community radio station located at Skagit Valley College in Mt Vernon, recorded the entire program and much of the Q&A.  Per a telephone conversation with the station’s program manager, expect recordings from the event to be used in a future episode of Skagit Talks.  However, don’t expect favorable coverage as that station’s editorial positions are often not in line with property rights advocacy.

In 2015, the Skagit CAPR Chapter has already sponsored four water forums;  one at the Samish Valley Grange, another at the Fredonia Grange, and two in Concrete where the effects of Ecology’s 2001 Skagit Basin In-stream Flow Rule has caused the most disruption and devaluing of property in the county..   The chapter is following through with its mission to raise awareness of what is happening to individual property owners,  the fundamental injustice of Ecology’s policies and the very real threat to others who own property by an unaccountable and out-of-control state agency. 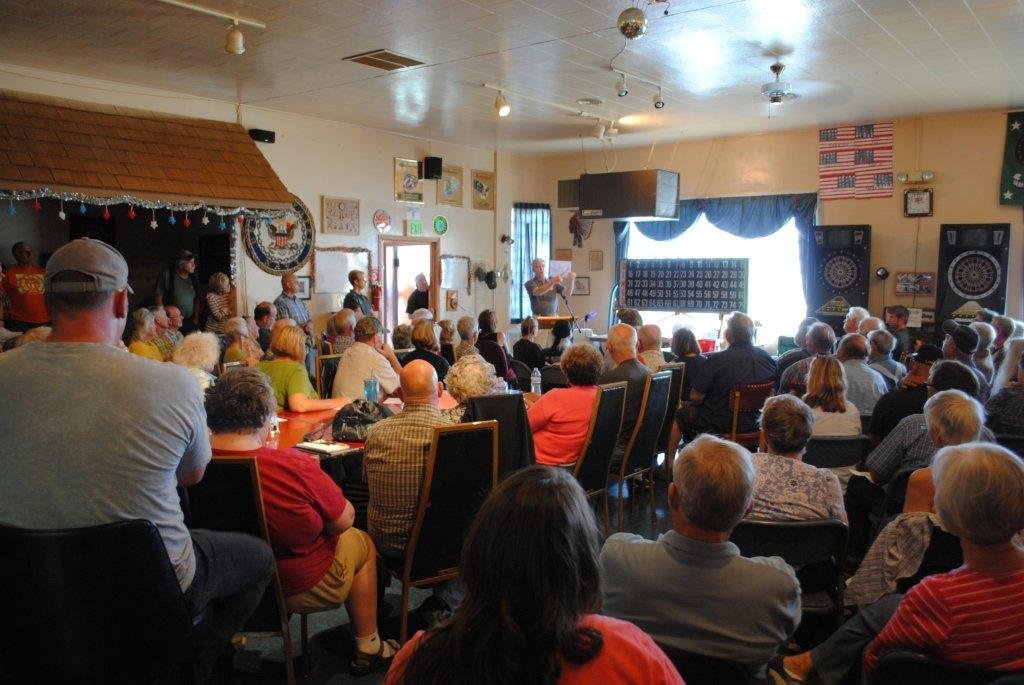